Along with other animal rights campaigners I’ve often been accused of afraid to protest against so-called religious slaughter. The accusers have almost always been pro-hunt supporters. Well they can’t accuse my companions and I of being afraid to protest, since we’ve already taken our campaign to the streets and lobbied the authorities !!!

One of those protests took us to a small town in North Wales, UK, for a demo against a newly refurbished Halal abattoir, but the level of indifference from some people in this town staggered me. Grown men and women sniggering as they went by with no sign of any compassion – whilst looking at our graphic banners.

Is it any wonder why so many of us in the animal rights movement get so depressed, whist other members of our species feel they have a divine right to do just as they please in this world? Perhaps it’s because we’re taught at a young age to place ourselves above all other creatures. And? So what if we can send craft into space and other animals can’t! There are things they can do that we cannot ever dream of doing.

At the end of the day, we’re all living creatures surviving as best we can.

What matters is keeping the fabric of life intact; In other words we should be working with nature instead of against it!

For example, we slaughter crows and jackdaws – and other predatory animals, to protect so called ‘game birds’, which we breed in large numbers for paying guns to blast out of the sky. We butcher rabbits as vermin – and then blame the fox that depends on them as a food source. And we chase and disembowel these animals just for the thrill of it, and if that’s not enough, we then dig them out after they’ve gone to ground because it’s a fun thing to do! Why else would hunts routinely use artificial earths to ensure a fox for their paying hunt members to chase and kill? At least they can’t claim they’re some kind of ‘pest control’ after that little expose.

We wrongly blame badgers for spreading bovine TB – and refuse to accept that it’s us who are to blame for ‘factory farming’ too many animals and for raping the land.

We pack sheep into multi tier trucks; the ones on the top defecating on the ones below; and we transport these animals all over the world often without rest, food and water.

Pigs are thought to be more intelligent than dogs! Yet we keep them crowded inside sheds and force them to produce many litters. Sows are then unable to nurture their own piglets because they’re kept imprisoned in crates for up to two months at a time unable to turn around.

Just recently pigs were ‘accidentally’ boiled alive in a slaughterhouse in Sweden; it was claimed to be an accident. Yet when the vet returned a week later, he found two more writhing agonised pigs in the boiling water. I’d bet everything I own, that this has happened many times in our own British slaughterhouses.

Chickens, which were meant to live a life foraging outdoors, are crammed five to a cage not much bigger than a phone book and every attempt to stop vile factory farming is still met with the utmost resistance and indifference. Other chickens are kept in overcrowded sheds with no room to move – let alone act out their natural behaviour. No wonder these animals need so much antibiotic in an attempt to halt infection. Plus their feathers fall out from the stress of a their abnormal lives!

In other words, we decide which animals will die cruelly and which we will nurture as pets. And after thousands of years we still believe that it’s all right for animals to die in religious rituals; and yet we call ourselves a humane society – what a joke!

The animal’s friend the very eloquent Reverend James Thompson had this to say about ritual slaughter. “Any major world religion that claims to worship either a God of Love, or ‘An All Compassionate One’, yet condones or indeed contributes to the abuse of gentle, herbivorous farm animals are worthy of being stigmatised as hypocritical.  I agree one hundred percent with the following words attributed to Anna Sewell, the authoress of Black Beauty, who wrote: ‘You can talk as much as you like about your religion, but if it does not teach you to be kind and caring to both animals as well as humans, then it is nothing but a sham’. How very true!”

It’s bad enough that animals have to go through such a traumatic experience in the first place, but to compound their terror further by subjecting them to such a brutal end is inconceivable. And let’s not forget that all animals entering a slaughterhouse are going to suffer before they lose that most precious of gifts – life!

If people must eat meat (though we can live without it – I have for my entire adult life), then animals selected for slaughter should be killed on the farm with a single shot to the head. They should not have to endure transportation, the market place and the horrific slaughterhouse. Nor should any animal be separated from their young until these youngsters are fully-grown. I saw the devastating effect on a herd of cows after their babies had been removed, and the memory of those wailing bellowing mothers will haunt me for the rest of my life.

A shift from eating meat gets us all a little closer to a saner world; a less hostile world; a world where humanity really does mean what it implies; a world worth waking up to every single morning!

Okay, so there will always be animals predating on other animals, but does that mean we should be the most gruesomely cruel animal on earth? We have the gift of knowing right from wrong – we can make moral judgements, wild animals can’t! Nor do wild animals treat their prey as cruelly as mankind.

For the sake of our species – and every living creature on Earth, we have to stop the mindless slaughter of the innocents – IT CAN BE DONE!!

For the past 25 years, I have devoted a great deal of my time towards campaigning for the rights and welfare of animals. I founded Wales Against Animal Cruelty – to highlight the plight of creatures persecuted in the name of so called [blood] ‘sport’, intensive farming, animal experiments, fur farming, bull fighting and circus entertainment. I write articles for magazines and newspapers to highlight the plight of animals and ‘game’ birds – and also bombard newspapers with letters in an attempt to educate the public regarding animal welfare issues – as well as the benefit of adopting a meat free diet. To date I have over 2,000 published articles and letters. Over the past 30 years, I have rescued many injured or orphaned birds – wood pigeons, cuckoos, wood peckers, jackdaws – and more, have been rehabilitated and released back to the wild. 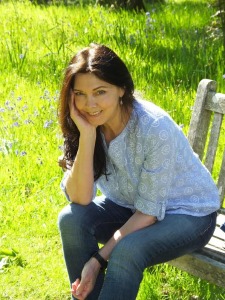