There is a lot of miscommunication and misinformation about dealers (breeders).  To clarify:

You may not be aware of exactly what a “puppy mill” is.   The formal, correct term for a puppy mill is a Commercial Dealer or Substandard Facility.

Think about that term.  Substandard Facility.

You’ve come this far, so go a little farther and do a search on “Puppy Mills”. Now you will understand why so many are advocating every single day to make changes for those that cannot speak for or defend themselves.

Unfortunately, there are many bad breeders and puppy brokers that hide behind their self-appointed “USDA Approved” title, but do not follow the guidelines to ensure animal health and safety, even though they have a USDA License. So bad breeders fall between the cracks and become invisible, thereby allowing them to continue to relentlessly breed in inhumane conditions and sell in sometimes unbelievable amounts, without any consideration to the animals themselves. This gives responsible breeders a bad rap.

Many would like to see commercial breeding eradicated – mainly because of the neglect and abuse that comes from maintaining these animals in inhumane conditions, and/or because there are so many animals starving, living as strays, and/or euthanized due to over-population.  Even with so many determined individuals and groups diligently working on this same issue, this goal is not going to happen quick enough for anyone concerned.

Since last year, just-do-something.org has been working with New York State Local and State legislators on a Bill proposal outlining specific goals to improve conditions in existing USDA-Approved Commercial Dealer facilities that we would like to see addressed on a State AND Federal level.

In October 2013, our draft Bill Proposal was provided to the Deputy Administrator of Animal Care at the USDA Animal Plant and Health Inspection Service.  They presented this Proposal to the Fall 2013 Breeder’s Meeting held by USDA APHIS.

just-do-something.org met with the Deputy Administrator of Animal Care as well as with other select members of this team in August 2015 to discuss this from a USDA standpoint. We will be speaking again in early September as a follow-up to our discussion and to see what we can do together going forward.  In addition, now that the laws have recently changed within New York State on Bill legislation, we are currently working with legislation within NYS to see the best way to have ours pushed forward.

Anyone interested in viewing our draft version of our Bill proposal, please drop us a line to receive an electronic version.

Roughly 90% of ALL puppies come from commercial dealers.  90%.   This number remains constant. Why?  Because there is money in commercial breeding, and money is a great roadblock  when it comes to trying to right something that is impacted by greed.   As long as people are making money from the relentless (over and over without care or rest) breeding of the same Mother Dog, and then the buying and selling of these puppies, no matter what the injustice to the animal, there will be those who will fight to keep them in production. 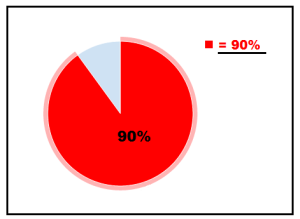 That is A LOT of breeding dogs and puppies kept in inhumane, unhealthy, unsafe conditions just so others can profit.  90%.

That number represents A LOT of suffering animals.

What can you do?

Are you doing anything on this issue?

We would LOVE to know.    Share it with us, and we will share it all over the place.   If it’s something we can also get involved in, we will!    If you have a suggestion or idea, pass it along!   There is power in numbers, so  let’s join together.   Contact us!