Last Chance For Animals (LCA) undercover investigators are on the ground right now documenting China’s illegal dog meat trade. Due to their work, two notorious dog slaughterhouses in China’s Jilin province – Zhao Zhiyong and Wangyajun – were closed down. But this is just the beginning of the battle to save these helpless animals, and the slaughterhouses are already attempting to reopen in the cover of night.

With a team working full time in China, LCA is fighting to shut down these illegal and shockingly cruel slaughterhouses permanently.

The dogs are kidnapped from their backyards or from the streets, and transported in small cramped cages to illegal slaughter facilities. There, they are caged until it is their turn to die. Slaughterhouse workers beat the dogs with clubs and slice their throats; then the dogs are burned and boiled, sometimes while they’re still alive. Many of the dogs are too petrified by fear to run, hide, or make any sound. They just cower in corners helplessly. Those who do try to escape are left running from side to side of the pen as they’re chased down by slaughterhouse employees.

About 10 million dogs each year in China are killed for their meat, even though it’s technically illegal to slaughter dogs commercially (due to health codes). To stop these atrocities, LCA needs your help. Please sign the petition at StopDogMeat.com, and spread the word about these brutal China dog slaughterhouses on your social media. Also please donate to LCA to help undercover investigators stay in the field to seek out and shut down these death camps.

To fully understand the severity of China’s dog slaughterhouses, and how desperately the dogs needs your help, please watch and share the video narrated by award-winning actress and activist Kim Basinger, viewable at StopDogMeat.com.

END_OF_DOCUMENT_TOKEN_TO_BE_REPLACED

Happy Birthday To Me (From Janet)

Today is my birthday.

Lord, thank you for giving me the compassion that motivates me to want to make a difference every day, for those that cannot speak for, or defend, themselves.

Thank you for giving me the strength to keep moving forward in my animal advocacy goals, no matter what the roadblocks.

Thank you for a healthy body and mind, that I can keep fighting the good fight, no matter what comes my way.

Thank you for opening my eyes and giving me life’s ups and downs, so I can see what truly matters in life.

Thank you for my personality – I am that larger than life, louder than everyone in the room, outspoken, take charge, fearless, thick-skinned, just jump in, JUST DO SOMETHING person when needed.

Thank you for the loving support and encouragement of my wonderful family, friends, and fellow advocates.

Thank you for blessing me with a very understanding husband.

Thank you for another beginning of a year where I promise to continue to make a difference.

Happy Birthday to me.

END_OF_DOCUMENT_TOKEN_TO_BE_REPLACED

In Montana, a centuries-old tragedy has unfolded since 2009, based on bigotry and hatred toward wolves. It is fueled by spurious statistics tailored to provide a rational for why these sentient beings should die. In this case, by public wolf hunts. Montana Fish, Wildlife and Parks (MFWP), the agency responsible for wolf management, has stated from the beginning that wolf hunts are based on science. However, in 2011, I published a scientific paper that reviewed the wolf population data collected annually by MFWP. I found that the use of science was absent even when they had gathered their original data. This was confirmed when I contacted the biologist who oversaw the data collection, and asked him if any protocols were used to obtain their wolf counts on which management policies are based. He wrote back:

“Jay there are no protocols. No protocol would be necessary or even help really.”

Even in high school biology, students are taught that scientific protocol is mandatory when obtaining meaningful information. In fact, much of the wolf population “data” has been anecdotal information provided by the public, especially hunters, as to how many wolves they think they saw. The paper also debunked MFWP’s justifications for killing wolves in the first place: increasing levels of wolf-livestock conflicts and potential negative effects on prey population levels. Nevertheless, MFWP insists to this day that science is always used in their management process and when making policy decisions. Let’s see if that’s true.

Money Is The Higher Priority

By killing wolves via public hunts and agency control actions, MFWP ignores the available science that demonstrates how predators promote healthy ecosystems. From atop all food chains, predators produce far-reaching effects that ripple downward throughout ecosystems and influence what diseases will be expressed, what grass species will grow, and the quality of both fresh and salt water. Regardless, wolves are harvested by MFWP for money and convenience, like corn. Why? The most obvious answer is because “they can.” Although most of the wolves live in national forests which the public owns, society as a whole has not yet chosen to protect “their wolves.” So wolf managers do whatever suits them.

For example, MFWP is currently strapped for money and must continually look for additional sources of revenue. Profits from hunting wolves and other wildlife contribute, and they are making plans to sell conservations stamps to help fund wolf management. However, there is another problem. Over the past several years it has become more difficult for only five MFWP biologists to count, or even sample accurately, the entire wolf population in Montana. Therefore, MFWP has no idea how many wolves total live in the state. Nevertheless, they are required by the federal government to maintain a minimum population of 100 wolves that includes 10 breeding pairs. The remainder can be killed. But how many? Who’s counting?

Currently, MFWP uses “ . . . hunter observations as a cost effective means of gathering biological data to estimate the area occupied by wolves in Montana . . . ” as described in their 2013 annual report. In August 2012, MFWP conducted a survey of public attitudes towards wolves. In general, they found that Montanans were intolerant of wolves and dissatisfied with MFWP for not doing enough to kill them, and allowing the public to do so. Hunting quotas have increased ever since, along with more relaxed hunting regulations. Now, as a basis for management policy, MFWP obtains “objective data” from the people who paid for the opportunity to kill wolves.

Bad Science Or No Science?

Data are the infrastructure of any scientific investigation and should be collected using a scientific protocol that controls for and eliminates as much bias as possible. Impressions about wolf abundance from hunters is not science, because MFWP has not controlled for bias during data collection. For example:

No such qualifying questions or observations are made in the online observation form that hunters and others fill-out. Because they know bias is possible, MFWP claims they have a modeling system that will correct for it. But this is after the data has been collected. Models are used by scientists to help interpret raw data but remain simplified reflections of reality, often devoid of the actual complexities involved. Therefore, good data collection methods are paramount, because conclusions based on modeling are only as good as the quality of data being used. In other words, correct for bias during data collection rather than afterwards.

So, has MFWP learned how to apply their knowledge of science over the past several years? Let’s just say that ultimately, if you want to know what is happening with wolf management, follow the money, or lack of it. Money first, science . . . well, last anyway – or not at all.

What Can You Do?

Most of the wolves that are killed by the states, including Montana, live in national forests. Who owns national forests and everything in it? You do, assuming you pay your taxes. Therefore, tax money pays agencies to manage your property for you. You do the same if you pay rent. If the house you’re living in is crumbling around you, and if the manager or owner is not fixing the issues, would you remain silent? Of course not. You also live in another home called the ecosystem. It is crumbling around everyone, mostly from bad management.

After decades of trying, no one scientist or organization has been able to significantly reduce or end this kind of destruction. Why? Because the solution will come from the pubic when numerous people speak up simultaneously and say, “Stop!” Until that occurs, the needless deaths of wolves and other wildlife will continue indefinitely. They’re your wolves. Just Do something! A good start would be to contact those involved in creating the policies that kill wolves. Please speak up for these animals and other wildlife. Here are a few suggestions: 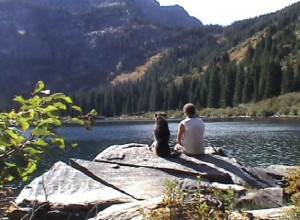 From PTSD in a captive wolf to breaching whales in the Bering Sea, Jay Mallonee has studied the behavior of numerous animals.
Through his business of Wolf & Wildlife Studies, he researched the Fishtrap pack in northwest Montana for ten years and has written several scientific publications. Jay also wrote Timber – A Perfect Life, an account of his sixteen year relationship with a profound canine companion.

END_OF_DOCUMENT_TOKEN_TO_BE_REPLACED 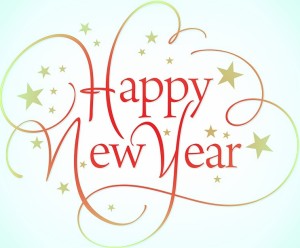 People have such good intentions this time of year when it comes to making those New Year’s resolutions.

“I will go to the gym every day and lose that weight.”

“I will have less clutter at home.”

But often, the grander promises get pushed back, and before you know it, another whole year has passed and you find yourself making those same resolutions again.

This year, why not try something on a smaller scale, but possibly way more impacting – why not try “a little more”.

This New Year, I will try:

“to be A Little More kinder.”

“to be A Little More compassionate.”

“to be A Little More grateful.”

“to be A Little More freer with my time.”

“to be A Little More giving of myself.”

“to be A Little More tolerant.”

“to be A Little More patient.”

“to be A Little More empathetic.”

“to be A Little More generous.”

“to be A Little More helpful.”

This New Year, I will try:

“to be A Little More LESS selfish.”

“to be A Little More LESS caring.”

“to be A Little More LESS excuse-making.”

“to be A Little More LESS involved.”

“to be A Little More LESS self-absorbed.”

“to be A Little More LESS fearful.”

“to be A Little More LESS of a procrastinator.”

You just never know who YOU are making a difference for, when you just try a little more.

YOUR ‘Little More is up to you. But YOU can do it. We ALL can.

It’s YOUR New Year. How will YOU be making it count for an animal in need this year?
Think it, then do it – every day. It matters.