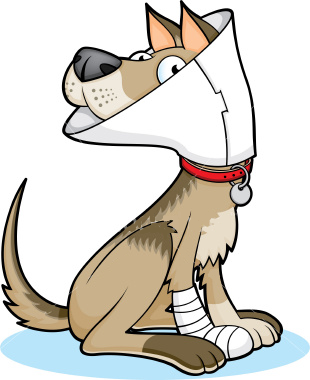 Last year, I was driving down a winding road and came upon a large deer that was lying off to the side, in the brush but visible from the road.  It was clear that the deer had been hit by a car, and that someone dragged it away from the road. However, upon a closer look, the deer was still breathing, but in obvious physical pain.

I called 911, and was told that yes, a deer had been hit by a car earlier that day, but that an officer shot it to put it out of misery.

Apparently, shooting the deer did not humanely kill it.

The officer had to come back to the scene, and re-shoot the deer.  I called every ten minutes until the officer arrived back at the scene.  I went back to check on this deer after he had shot it again to ensure it was deceased.

If not for me, that deer would have continued to suffer, suffering a very slow and very painful death, from first being hit by a car, and then from additional injuries from a poorly executed attempt at humanely putting the animal down.

I reported this officer for neglecting to confirm that this deer had been humanely and quickly put out of its misery the first time.

When you call an officer to put down an animal in distress, many states use the same bullets that they use for routine matters.  These bullets are not always effective in penetrating a large animal’s skull (like a deer). If you do call to have someone come to the aide of animal that needs to be put down, the officer will send you away before he shoots. That is protocol. It’s important when you call local authorities to put down an animal that is injured, that you go back to check to ensure that animal has been euthanized in that manner. In doing so, you are helping to make sure that animal is no longer suffering.

What should you do if you find an animal in distress while on the road? Here’s something that you can print out and keep in your vehicle:

Always stop if there is any chance that an animal is still alive and in pain. MANY PEOPLE DON’T STOP.

Any animal in distress deserves attention, help and to be either rescued or put out of pain.

Your intervention could help ensure that an animal doesn’t suffer for hours or days in agony. And, you may just save a life.

Do you have any other helpful tips to add?  Please share them with us, and we will add them here.

And, of course, if you see someone deliberately abusing an animal, ALWAYS report it.