So, tonight was going to be a different blog. But then we found Badly Hurt Cat.

My husband and I were driving home from dinner this evening, and up ahead, on the cold dark road, cars were driving over a pretty large lump on the road.

Tonight was no different.

We did a u-turn and drove up to the spot where something was lying in the road. It didn’t take more than a quick glance to see that this was an adult striped cat – green eyes open, not blinking, tongue hanging out of a mouth that wasn’t closing.

I always stop, and I always wait.

It took just another five seconds for Badly Hurt Cat to move. Making an effort to perhaps get up, or a reflex from still being alive but badly hurt from the trauma of being hit by a vehicle.

Regardless, Badly Hurt Cat was alive – barely – and breathing, and not doing much else. Not even a sound.

We immediately put on hazards, and positioned our car so that others would no longer drive over him, or her. We called 911 and let them know Badly Hurt Cat was severely injured but still alive.

Sometimes 911 takes a while to answer a call, especially, we have found, when it comes to animals in need.

Meanwhile, while my husband is in the car with the hazards, I am making rounds to the nearest houses on all sides of Badly Hurt Cat.  S/he needed prompt medical attention, if in fact s/he would even make it to an emergency vet. Yes, Badly Hurt Cat was hurt that bad.

At least in the county where we live, you can call 911 to come and shoot an injured deer (for example), but they will NOT shoot a domestic animal, even one as badly injured as Badly Hurt Cat. Which is a shame sometimes, because on occasion, it’s kinder to put a greatly suffering animal out of misery than to have to go through the motions of taking him or her to an emergency vet where they will just humanely euthanize that animal anyway.  But the process makes that animal wait – something I disagree with when you know there is no coming back from such an injury.

And, if you get caught euthanizing a domestic animal yourself – even when doing the humane thing, you will get arrested.

Honestly, if I had had an axe, I would have put Badly Hurt Cat out of his/her misery immediately. S/he was that badly unjured, and obviously suffering a great deal. I would have glady taken a police car ride if it meant ending the suffering of an animal that needed that kind of help.

I am not sure the circumstances of how Badly Hurt Cat was hit tonight. But I am certain that the driver was aware that s/he hit something. It would have taken ten seconds to pull over and check. Badly Hurt Cat was a BIG cat. And s/he was left alive, lying in the road, so s/he would be difficult NOT to notice.  But for whatever reason, the driver left the scene without obviously stopping to check – and that is unacceptable in my book.

Dinner tonight ended sadly for me because of Badly Hurt Cat. But how blessed I am that I have the deep desire to always stop, always check and always wait. Because tonight, I came to the aide of an animal in need, and because of that, at least Badly Hurt Cat will not still be lying on a cold dark road, hurt, and not be hit again (and again) until finally that little body has had enough.  By the time I post this, Badly Hurt Cat will have been taken to the Emergency Animal Hospital and humanely euthanized.  And tonight, that is the only reassuring thought out of a horrible thing.

Please – it only takes a moment to make that u-turn, pull over, or keep your eyes open.  It matters. It mattered to Badly Hurt Cat. 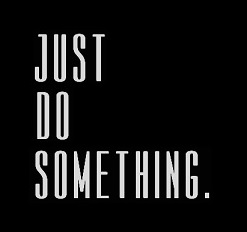