I grew up in the African bush and had a very privileged childhood traveling through Africa – being exposed to her diverse and beautiful wildlife. Only recently I realised that the last 7 years of my life had been spent in the ‘big city’ – pursing the things that Society dictates. I went through an incredibly emotional and spiritual journey when I was thrust back into the African bush with a group of wildlife conservationists. They moved me beyond words. The central message: “there is hope.”

Africa is the mother and birthplace to so many amazing animals – the wise and wrinkly elephant, the cheetah with markings resembling tears, the beautiful African Painted Wolf, the iconic rhino being maliciously poached for its horn…

It’s so easy to lose hope when one hears about the poaching crisis; the death of Cecil the lion in Zimbabwe; and the unbelievable number of species that are now extinct, which we will never see again! It’s natural to feel powerless and to have the attitude of “enjoy it while it lasts”…

But being among conservationists who speak so passionately about their work, and who work tirelessly to fight for our endangered animals, makes one realise that there is hope, and fuels you with the much-needed desire to JUST DO SOMETHING.

There are some incredibly inspiring things being done by a small few in Africa, and it moves you to the very core to see them in action. Even just being among wild animals is so fantastically good for the soul. It makes you want to do something and makes you question the purpose of life. Moreover, it makes you realise that there is much that you can do to help!

My own life changed in recent months after such an experience. I have been involved with a conservation organisation in South Africa called Wildlife ACT, who are at the forefront of endangered African species conservation. Their members are some of the most inspiring people I have ever met, and they need all the help they can get. They have taught me the difference between real wildlife conservation and the equally real industry that exploits the human desire to help by offering highly unethical conservation practices. Everyone has the desire to pet a lion cub, to ride and elephant and to swim with dolphins, but so few understand how this is actually so damaging and harmful to the animals involved.

My goal of just doing something has boiled down to the importance of educating people about what is going on, so that they may make informed, ethical decisions when it comes to helping our defenseless animals. And I can’t stress enough the importance of getting involved and witnessing it first-hand, and by doing so, feel the urge to help spread such knowledge. I have always loved animals. Nothing gives my life more purpose than fighting to save them. And I don’t blame those who believe they are doing good under false pretences. Knowledge is power, and I hope this at least encourages you to just do something by actively educating yourself through research.  I am still learning too; but please don’t hesitate to get in touch (galen@wildlifeact.com). I will dedicate all the time I have to inspire and motivate you as much as I have been in the past few months. There is hope. It is my goal to show you that. 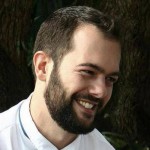 Galen was lucky enough to have been born in Zululand, South Africa to parents who love to travel. Waking up in a different country was a major part of his childhood. From an early age Galen has been fascinated with nature and feels an amazing sense of connection when immersed in it. His love for animals will never die and he has recently dedicated himself towards saving endangered African species from extinction – by rallying support and spreading knowledge and awareness about African conservation.

« Guest Blogger, Donalea Patman (fortheloveofwildlife.org.au)
I. Will. Not. Be. Stopped. (From Janet) »
View more posts from this author