Last February, 115.5 million people in the United States watched the Super Bowl, making it, as usual, the top-rated television broadcast of the year.

The ‘Puppy Bowl’ (and now the ‘Kitten Bowl’ also), sponsored by Animal Planet, helps showcase the plight of homeless animals and the number of wonderful animals available for adoption through local shelters – although the very first Puppy Bowl was not intended to heighten awareness of animals in need.  This event usually targets puppies and kittens, however this event also helps smaller animals like guinea pigs and rabbits get adopted as well.

However, with Animal Welfare issues and involvement so prevalent (with the help of so many varied social media platforms available), the Puppy Bowl has been transformed from something purely created for fun into something initially not expected – a way to save animal lives and educate our public about the many (MANY) animals in need across our nation, and beyond.

Every animal showcased at the Puppy Bowl gets adopted. Period.

And THIS year, the Puppy Bowl is introducing disabled animals for adoption. How awesome is that!

Please know, as one our of readers pointed out, and rightly so, that although the Puppy Bowl is beneficial for helping homeless and shelter animals in need, at the same, the Super Bowl is not as animal-friendly. Every year, thousands of pounds – THOUSANDS – of animal products are sold for human consumption at this event. This includes (but is not limited to) beef, pork and chicken in various forms. This year’s Super Bowl forecasts that there will be 1.33 MILLION POUNDS of chicken wings sold, and that’s just for chicken wings.

And, Animal Planet, who is sponsoring the Puppy Bowl, isn’t perfect either.  Animal Planet has been in the poor limelight by supporting Animal Cruelty and Abuse by some of the shows they air, by stating incorrect facts on wild animals which seems to be geared towards scaring the public, and by mistreating some of the animals they use on air.

So, whether you’re a fan of Super Bowl (or Animal Planet) or not, EVERYONE can appreciate the good they are doing to promote adoption and awareness for animals in need through the Puppy Bowl.

Remember, if YOU are hosting a super bowl party tonight, don’t forget to pay attention to YOUR four-legged family members. Keep them safe, de-stressed and make sure their needs are met no matter where YOU are in the game. 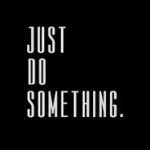 « Because It Doesn’t Even Have To Take Love (from Janet)
Thank you, Paul Solotaroff and Rolling Stone Magazine »
View more posts from this author